As you may know from the little button on the sidebar, I’ve recently got involved with Scarlet Ladies, a new initiative encouraging women to be more open about sex. On Thursday, I was part of a panel where we discussed our quims.

Along with founding members Sarah and Janette, I joined burlesque performer Effie Vescent and orgasmic meditation instructor Claudia from TurnOn Britain in opening up a discussion of our nethers to a small intimate group in a pub. Occasionally, a member of staff would wander through looking mildly horrified, because this is not what we’re meant to do.

I first discovered the importance of talking very frankly about my cunt when I discovered the power of the Dear Nadine Dorries project. For those of you who don’t remember the halcyon days of 2011, this was when me and a bunch of other people (note: not just women) wrote crass letters to an anti-choice Tory MP in the hope of sating her desire to intrude on our uteruses. Her bill failed, and she whined about receiving letters describing bodily functions in graphic detail in Parliament, so technically, I might have had the most famous minge in the room since mine is recorded in Hansard. The thing the Dear Nadine Dorries project taught me most of all was the thirst to be able to talk openly about everything your cunt does: the good, the bad, and the downright queefingly disgusting.

With that in mind, I told a couple of stories pertaining to how I’d thought I wasn’t normal, but it turned out I was. I told the story of when I was 15 and I thought I’d wanked myself incontinent because I didn’t even know that squirting was A Thing. I told of my wonky flaps–which I describe as looking like the Before and After photos in a labiaplasty advert–and how I didn’t know that the wonkiness wasn’t some terrifying weird mutation until I started muff-diving. This was a natural segue into tale of when I wounded my cunt in a narrowboating accident, and just briefly, my flaps were the same size because of the swelling.

Later in the evening, I became part of a competition: to identify what my tattoo was. 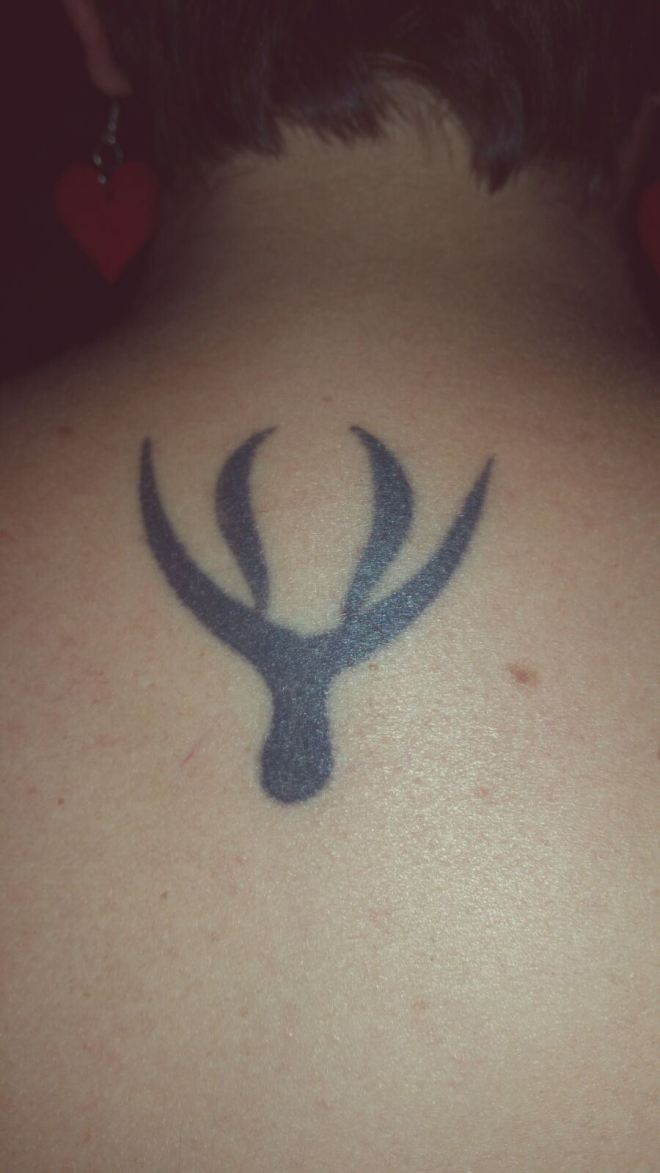 Yes, that’s an anatomically correct, roughly life-sized clitoris, and unfortunately, nobody could recognise it. It’s hardly surprising; medical science didn’t recognise it until the nineties, or map it properly until 2009. And that’s part of the reason I have that tattoo, as a symbol of the abject failures of scientific disciplines in identifying something that has been right there all along: they’re fucking crap at listening to experience and believing in it.

The rest of the panel–and indeed the audience–had had radically different experiences to me. Most of the group, unless they’re queer like me and Effie, or their job involves quite a lot of cunt-based workshops, like Claudia, had never really seen another person’s cunt in the flesh, and this led to a resulting level of mystery. The mystery is deepened further in that it’s a pretty difficult body part to even get a good look at yourself. One of the guests, a Hindi speaker, contributed that there isn’t even a word for “vagina” in Hindi.

So talking about it is empowering in its way. The floodgates opened, and we began to talk, honestly and openly, about our experiences and our feelings. We even drew ours: there’s a photo of our artistic forays over on Scarlet Ladies’ write-up.

Experiences of living a cunt are highly diverse, and the Scarlet Ladies discussion was something I felt was much needed, although I wish it had been slightly more diverse. As far as I could tell, everybody was cis, and it would be nice to open up such discussions to a less cis audience.

Aside from that caveat, I had a thoroughly wonderful time. It really is a delight being in a room full of people and able to talk about such things with the assurance that nobody will go “eww”.

2 thoughts on “Fanny talk with the Scarlet Ladies”