It’s the getting-irregular-again link roundup! There’s a lot of links, which suggests to me I should probably pull my finger out and start doing these regularly again.

This Tortoise Could Save a Life– One of Alan Rickman’s last voiceover credits. It’s a lovely video, and clicks go to charity, so click if you haven’t already.

Sick Woman Theory (Johanna Hedva)- If you read one thing this week, make it this superb, in depth analysis of sickness and its intersections.

Is mindfulness making us ill? (Dawn Foster)- This is certainly tallies with my own experience of mindfulness: Dawn examines the dodgy ideologies and negative effects of mindfulness.

The secret life of the NHS (Sophie Walton)- Lending context to the junior doctors’ strike, an overview of what’s being done to the NHS.

Notes Towards a Theory of the Manarchist (Ray Filar)- A rather comprehensive look at the creature we call the manarchist.

Parliament’s New Sex Work Inquiry Looks Like a Witch Hunt (Frankie Mullin)- The much-vaunted inquiry has set up its frame in a way which will not help sex workers.

Blog series: Bipolar pregnancy, birth and beyond (The Secret Life Of A Manic Depressive)- You’ve probably seen or heard about Stacey’s plot on EastEnders, now read about the reality.

Why does the man behind ‘Doctor Who’ and ‘Sherlock’ still have a job? (Aja Romano)- A neat precis on everything godawful about Moff. Also, who else is fucking delighted he’s going from Doctor Who? Ding fucking dong. Fuckety bye.

What to do with a problematic fave (Lola Phoenix)- On Bowie and Severus Snape, and mourning while acknowledging the huge problems.

The House of Surrender (Laurie Penny)- Speculative fiction, in a future where the most violent choose sanctuary. Penny is a gifted fiction writer and this is well worth a read.

How to Have Sex on Your Deathbed (Dr Sharon Bober/Simon Davis)- The title is pure clickbait, but this article is actually a nuanced look at the taboos and issues surrounding end-of-life and sex.

Is Ireland about to become the pinkwashing capital of the world? (Niamh Ni Mhaoileoin)- Ireland is not progressive. Here’s why.

Navigating Non Escalator Relationships (polysingleish)- This is a really sweet article on celebrating milestones when your relationship isn’t of the standard form.

Facebook and How UIs Twist Your Words (Chantal Jandard)- How those pop-up FB chat windows can make you look desperate. This is a really good look at the effect of user interfaces, with an experiment!

The DIY Scientist, the Olympian, and the Mutated Gene (David Epstein)- A long read, showing people living with long-term conditions seem to know more about their conditions than their doctors.

And finally, did you know Aragorn totally shouldn’t be king, and Middle Earth sucks balls? Read all about why in this very enjoyable bit of fanwankery delving into Aragorn’s genealogy and the basis for his claim.

And one more thing while I’m at it. Artist @KivaBay drew this amazing portrait of me. Kiva is an incredible artist who you can follow on twitter @KivaBay (she’s also a wicked feminist, if you enjoy following me, you’ll enjoy following her) and support on Patreon. 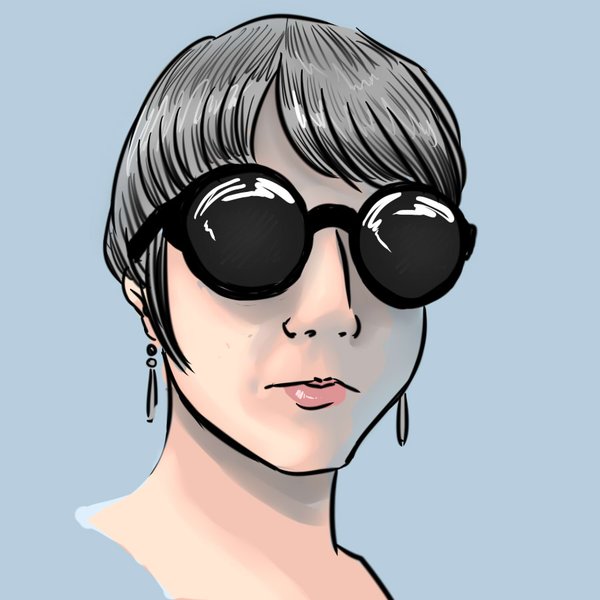 4 thoughts on “Things I read recently that I found interesting”